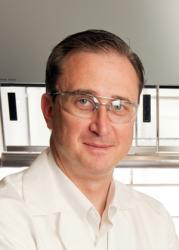 University of Arizona Cancer Center member Dr. Mark Pagel will receive a $2 million grant from the National Institutes of Health to study the effectiveness of personalized baking soda cancer treatment for breast cancer. In other words, clinical trials on the use of oral baking soda (sodium bicarbonate) for breast cancer treatments are about to start![1] Obviously there are people in the know who have understood that sodium bicarbonate, that same stuff that can save a person’s life in the emergency room in a heartbeat, is a primary cancer treatment option of the safest and most effective kind.

Of course I feel vindicated for everything I wrote in Sodium Bicarbonate – Rich Man’s Poor Man’s Cancer Treatment, which still stands as the only full medical review on the subject of using simple baking soda in the practice of medicine. When taken orally with water, especially water with high magnesium content, and when used transdermally in medicinal baths, sodium bicarbonate becomes a first-line medicinal for the treatment of cancer, kidney disease, diabetes, influenza and even the common cold. It is also a powerful buffer against radiation exposure, so everyone should be up to speed on its use. Everybody’s physiology is under heavy nuclear attack from strong radioactive winds that are circling the northern hemisphere.

Actually it is no surprise that a University of Arizona researcher received this grant because there has been cancer research going on for years there. Dr. Robert J. Gillies and his colleagues have already demonstrated that pre-treatment of mice with baking soda results in the alkalinization of the area around tumors. The same researchers reported that bicarbonate increases tumor pH and also inhibits spontaneous metastases in mice with breast cancer.[2] It also reduces the rate of lymph node involvement.

I recently published about fungal infections, and breast cancer has been found to be associated with increased frequency of mold-fermented cheese consumption.[3] Fungi produce toxic metabolites called mycotoxins[4] that can cause cancer. Aflatoxin is a mycotoxin with carcinogenic potency that is found in inferior peanut butter and other nut and dairy products. Researchers in 1993 examined human breast cancer tissue and found significant carcinogenic aflatoxin within the cancer tissue implicating aflatoxin and thus fungus as a cause of breast cancer.[5]

The pH level of our internal fluids affects every cell in our body. Chronic over-acidity corrodes body tissue, and if left unchecked will interrupt all cellular activities and functions. In other words, over-acidity interferes with life itself. It is at the root of cancer.

Sodium bicarbonate medical treatments are the time honored method to “speed up” the return of the body’s bicarbonate levels to normal. Sodium bicarbonate happens to be one of our most useful medicines as it treats the basic acid-alkaline axis of human physiology.

The pH of our tissues and body fluids is crucial and central because it affects and mirrors the state of our health or our inner cleanliness. The closer the pH is to 7.35-7.45, the higher our level of health and wellbeing. Staying within this range dramatically increases our ability to resist acute illnesses like colds and flues as well as the onset of cancer and other diseases. Keeping our pH within a healthy range also involves necessary lifestyle and dietary changes that will protect us over the long term while the use of sodium bicarbonate gives us a jump-start toward increased alkalinity.

The pH scale is like a thermometer showing increases and decreases in the acid and alkaline content of fluids. Deviations above or below a 7.35-7.45 pH range in the tightly controlled blood can signal potentially serious and dangerous symptoms or states of disease. When the body can no longer effectively neutralize and eliminate the acids, it relocates them within the body’s extra-cellular fluids and connective tissue cells directly compromising cellular integrity. Conversely when the body becomes too alkaline from too much bicarbonate in the blood, metabolic alkalosis occurs, which can lead to severe consequences if not corrected quickly.[6]

Jon Barron presents a way of looking at pH that opens up one of the major benefits of alkaline water:

Hydrogen ions tie up oxygen. That means that the more acid a liquid is, the less available the oxygen in it. Every cell in our body requires oxygen for life and to maintain optimum health. Combine that with what we know about hydrogen ions and we see that the more acid the blood (the lower its pH), the less oxygen is available for use by the cells. Without going into a discussion of the chemistry involved, just understand that it’s the same mechanism involved when acid rain “kills” a lake. The fish literally suffocate to death because the acid in the lake “binds up” all of the available oxygen. It’s not that the oxygen has gone anywhere; it’s just no longer available. Conversely, if you raise the pH of the lake (make it more alkaline), oxygen is now available and the lake comes back to life. Incidentally, it’s worth noting that cancer is related to an acid environment (lack of oxygen)—the higher the pH (the more oxygen present in the cells of the body), the harder it is for cancer to thrive.

Understanding this is important for two reasons: (1) it reveals one of the primary benefits of alkaline water—more “available” oxygen in the system and (2) it explains why alkaline water helps fight cancer.

The ocean, the mother of all life, has an average pH of about 8.1. The ideal pH for blood sits at about 7.4, slightly alkaline—not acidic. – Jon Barron

If you’re eating well and living cleanly, then yes, you want to drink water with a naturally occurring pH only slightly above neutral. However, if you are eating the typical Western diet, high in meat, grains, sodas, and sugars that acidify the body, then you have a different problem. Your pH balance is now so far out of normal that you must go beyond normal in the other direction to counter it. My recommendation for daily drinking water pH is about 7.5-8—depending on how acid forming your diet is. Long-term consumption of higher pH water should be reserved for special circumstances. The most famous mountain waters in the world, waters renowned for their healing properties, are highly alkaline. I’m referring to the waters coming down from the Himalayas, and specifically to the waters of the Hunza Valley, which have a pH that runs between 9 and 11.

One does not have to be a doctor to practice pH medicine. Every practitioner of the healing arts and every mother and father needs to understand how to use sodium bicarbonate. Bicarbonate deficiency is a real problem that deepens with age so it really does pay to understand and appreciate what baking soda is all about.

[3] One sample study is by Le, et al. (1986), in a French case-control study of 1,010 breast cancer cases and 1,950 controls with nonmalignant diseases, found that breast cancer was found to be associated with increased frequency of mold fermented cheese consumption.

[4] Going, et al. (1990) found that weddellite (calcium oxalate) crystals are present in calcifications found in the breast tissue of patients with breast cancer. Calcium oxalate crystals are formed when calcium binds with oxalic acid. Oxalic acid is a mycotoxin that can be produced by a number of different fungal species. Some fungi produce such large amounts of oxalic acid that they are used for commercial production of chemicals. Aspergillus niger fungal infection in human lungs produces large amounts of oxalic acid.

[5] Researchers examined human DNA from a variety of tissues and organs to identify and quantify aflatoxin DNA-adducts. Such adducts are considered to be proof of the mycotoxin’s presence in a particular tissue.Their finding? “Tumor tissues had higher aflatoxin-adduct levels than did normal tissue from the same individual.”