Dr. Tullio Simoncini deserves the highest award in medical science for his genius and medical courage in discovering and developing what might come to be seen as the single greatest medical breakthrough of the century. Simoncini makes the connection that fungal colonies and cancer colonies are the same colonies called by two different names. He is not alone in this and he is not alone with the knowledge that sodium bicarbonate is effective at wiping out fungal colonies. What he is alone with is connecting the dots between cancer, fungal, yeast infections, and sodium bicarbonate.

Our body’s pH will control the activity of every metabolic function happening in our body. pH is behind the body’s electrical system and intracellular activity as well as the way our bodies utilize enzymes, minerals, and vitamins.

Some doctors have courage and others don’t. Tullio obviously has more than his share and in the series of videos below one will see what he has had to go through to remain firm with his deepest medical conviction that cancer is a fungus. But even if one does not want to entertain this highly possible reality it does not change the fact that cancer tumors are pH sensitive and tend to dwell in the acidic range. Lowly baking soda (sodium bicarbonate) functions like bunker buster bombs, blasting cancer with shock waves of alkaline pH without harming the host.

A healthy condition depends upon a high level of electromagnetic negative charge on the surfaces of tissue cells. Acidity is the opposite charge and dampens out these electrical fields.

Fungus and yeast invaders are tough customers, not easy to take out even with the strongest weaponry. Creatures that can live off the face of rocks are not easy to remove, yet it is possible, especially if we attack from many sides at once. Actually the trick is to kick their butts from without as well as from within (within meaning engaging and super empowering the immune system) simultaneously. We soup up the immune system while we introduce substances that make it much more difficult for cancer/yeast/fungus cells to survive.

The worst possible way of approaching the eradication of cancer is with radiation (death principle) and chemotherapy (poison) because both therapies tear apart the immune system while seeking out and destroying healthy cells as well as the cancer.

If tissue pH deviates too far to the acid side, cellular metabolism will cease and oxygen deprivation will occur. Acidity and lack of oxygen are the ideal environmental condition for morbid microforms and cancer to flourish.

Defining cancer as a fungus/yeast infection gives us intellectual and conceptual tools to better understand the nature of cancer, but the fact is it does not matter what we believe. Everyone can agree that cancer is a tough customer and anyone who really knows anything about it understands that late-stage infections are almost always present. The mainstream accepts that as high as 40 percent of cancers are caused by infections or accompanied by infections. In their late stages they are almost always fungal but many believe viruses trigger the process.

Most people, including professional healers, have egos, and that is especially handicapping when the healer’s main goal is to help people. Helping, healing, and ego just do not go together so we really do have some serious problems in the healing arts. The truth of life and the truth in medicine in general exist well outside the sphere of egotism, thus biting down hard on medical truth does wonders in terms of ego release.

The last thing any ego wants to do is admit it’s wrong, thus our egocentric minds can dance and sing for a lifetime with justifications and a whole slew of other ego defense mechanisms. Oncologists are just wonderful at playing ego games but unfortunately it’s at everyone else’s expense. Tomorrow I will publish about the ego of a highly uninformed doctor who is actually very famous. We will use his words to examine how ego operates—using ignorance dressed in authority with no substance behind it to attack the position of Dr. Simoncini and his work. Medical egos are famous for attacking what they don’t want to even bother to understand.

Since cancer and yeast infection have been linked, any effort you make to reduce your yeast overgrowth will not only improve your general health, it will also diminish the real, albeit worst-case cancer threat that this condition represents.[1]

Basic scientific research sustains the views and use of sodium bicarbonate in cancer treatment. Dr. Julian Whitaker and Mark McCarty write, “The degree to which pH is depressed in tumors—as mirrored by their lactate levels—tends to correlate with prognosis; i.e., the more acidic tumors are associated with poorer outcome. In part, this phenomenon may reflect the fact that tumor acidity is serving as a marker for HIF-1 activation, which works in a variety of complementary ways to boost tumor capacity for invasion, metastasis, angiogenesis, and chemoresistance. However, there is increasing evidence that extracellular acidity per se contributes to the aggressiveness of cancer cells, boosting extracellular proteolytic activities, expression of pro-angiogenic factors, and metastatic capacity.”

Medical scientists already know that bicarbonate-induced extracellular alkalinization leads to significant improvements in the therapeutic effectiveness of certain chemo agents. A number of studies have shown that the extracellular pH in cancers is typically lower than that in normal tissue and that an acidic pH promotes invasive tumor growth in primary and metastatic cancers. The external pH of solid tumors is acidic as a consequence of increased metabolism of glucose and poor perfusion. Acid pH has been shown to stimulate tumor cell invasion and metastasis in vitro and in cells before tail vein injection in vivo.

Researchers have investigated the very reasonable assumption that increased systemic concentrations of pH buffers would lead to reduced intratumoral and peritumoral acidosis and, as a result, inhibit malignant growth. It has been shown that increased serum concentrations of the sodium bicarbonate (NaHCO3) can be achieved via oral intake.[2] These researchers found that consequent reduction of tumor acid concentrations significantly reduces tumor growth and invasion without altering the pH of blood or normal tissues.[3]

Magnetic resonance spectroscopy (MRS) has shown that the pH of MCF-7 human breast cancer xenografts can be effectively and significantly raised with sodium bicarbonate in drinking water.[5]

There has been work going on at the University of Arizona using bicarbonate (baking soda) as a potential treatment for cancer. Robert J. Gillies and his colleagues have demonstrated that pre-treatment of mice with sodium bicarbonate results in the alkalinization of the area around tumors. (Raghunand 2003) This type of treatment has been found to “enhance the anti-tumor activity” of other anticancer drugs. This is very similar to the recently published research of injecting O2 directly into tumors where such direct administration of oxygen also facilitated the action of chemotherapy.

Cancer cells have a lower pH than surrounding tissue.

Dr. Max Gerson’s book on cancer says that when cancer patients came to him he noticed that several diseases were common to his cancer patients. He stated: “I found cancer frequently combined with chronic osteoarthritis, high or low blood pressure, chronic sinus trouble, or other chronic infections…” What is significant about this list is that  chronic sinusitis is caused by a fungus.[6] Even orthodox medicine admits that. Osteoarthritis is an inflammatory disease. The foods most suspected of creating this inflammation are rich in fungi, moulds, and yeasts. Dr. Royal Rife believed that cancer was viral and that the viruses were pleomorphic, going through a series of changes, to end up as a fungus. He was reviled for it.

Special Note: In Sodium Bicarbonate – Rich Man’s Poor Man’s Cancer Treatment, it is stressed that baking soda should not be considered a standalone cancer treatment. It should be used in conjunction with a full protocol that includes magnesium chloride, iodine, selenium, vitamin C, THC (Tetrahydrocannabinol, medical marijuana in oil or tincture form), clay, HMD (heavy metal detox), Rejuvenate (superfood), pure water (treated with a variety of medicinals), plus a naturopathic approach to diet, intestinal cleaning, sufficient vitamin D, preferably through sun exposure, or vitamin D supplementation, rALA, glutathione, and other helpful things. One can even drink Quinton Seawater Hypertonic or Isotonic Plasma. I always recommend magnesium massage and it is the one thing we can do on a physical level that touches on emotional and even deeper levels of feeling and vulnerability. People tend to ignore these levels that I put forth quite strongly in my book Soft Medicine. In some situations I would recommend cesium chloride, and there are a few new items that I will soon be putting on my protocol list. Also I highly recommend magnesium and bicarbonate baths.

Learn more about Cancer with... 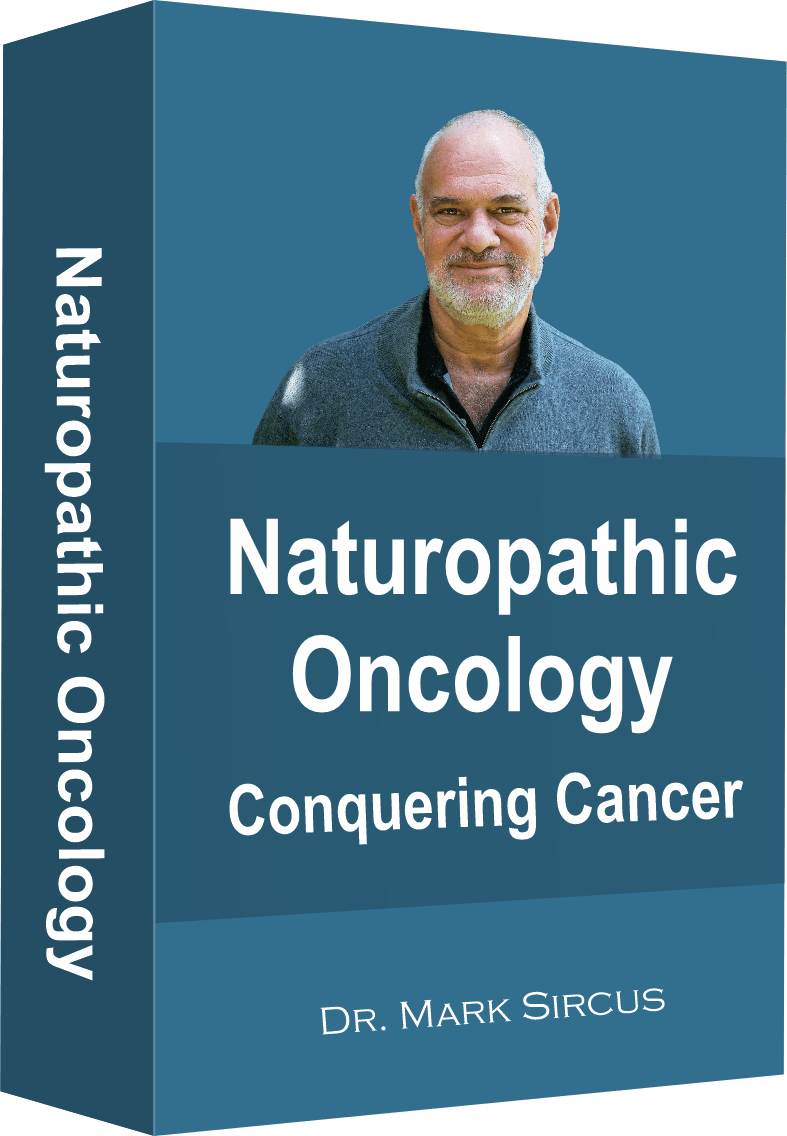 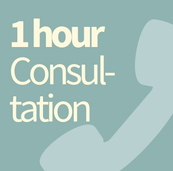