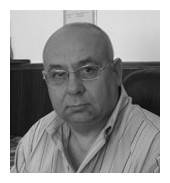 Dr. Professor Victor Bachinsky is a coroner in the Chernivtsi region of Ukraine. He also teaches at the Department of Anatomical Pathology and Forensic Medicine of Bukovynian State Medical Academy. He has first hand experience examining people who have died from the “super swine flu” or whatever it is that is beginning to spread around the world.

“All the victims of the virus in Bukovina (22 persons aged 20 to 40 years) died not from bilateral (double) pneumonia, as previously thought, but as a result of viral distress syndrome, i.e. the total destruction of the lungs. Based on autopsies, we have come to the conclusion: it’s not pneumonia, but cardiopulmonary insufficiency and cardiogenic shock.”[1]

Dr. Bachinsky says that antibiotics definitely should not be taken. “Antibiotics are the reason we have such a high mortality and infection rate in this country.” He complains that people buy antibiotics without a prescription and this lowers their immune system and as a result they become sick. We can understand from this orthodox doctor’s point of view about pneumonia and it only being caused by bacteria, which he says is not the case in the Ukraine. He is not even considering though chemical caused pneumonia nor the profound nutritional deficiencies – though he is indicating that people with collapsed immune systems are the ones who are not pulling through and recommends nutritional answers.

“It depends on the immune system. If a person’s immune system is strong, they will overcome it. There are people who carry this strain of H1N1 and remain on their feet and don’t even realize they are sick. It is necessary to improve the human immune system. Not only now, but in general. Garlic, onions, wild rose, viburnum (guelder rose), raspberries, citrus fruit, honey, and other fruits and vegetables – whatever you want. Those with a strong immune system will survive. Those with weaker immune systems will succumb to the disease.” He should have prescribed strong sun exposure or Vitamin D supplementation.

“This strain is very toxic, and if the immune system is weak, there is bleeding in the lungs. In the lungs there is a tiny structure – acinus, which looks like a bunch of grapes. When you breathe, oxygen enters this tiny “bunch of grapes” ( pulmonary alveoli ). On the surface of the acinus are the capillaries, where red blood cells saturate with oxygen and give blood, which supplies all tissues and organs in the body.

Dr. Bachinsky insists that the main cause is a super virus saying:

“And once the virus enters the lungs – hemorrhaging begins immediately in the acinus. A continuous hemorrhage. It takes several hours. In the blood fibrin is formed, and from it – giolinovaya membrane, resembling a plastic bag. It envelops the acinus, and the person breathes in oxygen, but it is not transferred to the tissues. And people just gasp. There is a cardio-pulmonary insufficiency and cardiogenic shock. People die of cardiogenic shock. And there is no pneumonia. Pneumonia – an inflammation, which is treated with antibiotics. Antibiotics cannot help at any stage.”

Dr. Bachinsky is very clear about patients’ lungs not being black:

“No, they are not black… This is not pneumonic plague. It’s all nonsense. Pneumonic plague has a very different morphology. We have, for example, 60 thousand people who became sick and 23 have died. With pulmonary plague, we would now have a mortality rate of 59 thousand.”

We don’t here him or anyone else talking about environmental issues and causes and that is unacceptable emission. “There is no doubt now about the devastating effects of air pollution on American’s health. Moreover, from now on till 2031, 7,000,000 Americans will die from long term chronic exposure, year after year, by air pollution. People will die mostly from cardio-vascular and respiratory illnesses, 42% and 11% respectively,” writes Giles Coulombe.

We don’t hear these deaths being reported, only an incessant wine about the swine flu deaths. In the world of medicine it is not unusual to have one type of death be reported as another. A child keels over hours or days after receiving multiple vaccines and the coroner will rarely attribute a death to the vaccines. More than 1,000 deaths from the H1N1 swine flu virus were officially reported in the past week, a sharp rise which brings the global total to at least 7,826, the World Health Organization (WHO) said on Friday the 27th of November.[2] Compare that number with an estimated 6,000 that die from air pollution each week or almost a thousand people a day in the United States alone! Something is obviously terribly wrong with the western medical establishment.

Dr. Victor Bachinsky, a coroner and pathologist says that the strength of the immune system is the key and this is of prime medical truth. Obviously healthcare professionals the world over should direct a great part of their treatment attention to this. Unfortunately it does not do so and in fact acts in a contrarian mode in terms of the immune system. Its drugs and injections act to further weaken the body’s defenses meaning, according to Bachinsky, that they are doing little to nothing to help people who are suffering from the worst of this and dying.

The good doctor is both right and wrong here. Ministry set protocols and standards of treatment are handicapped by the myopic vision (to say it nicely) of pharmaceutical medicine. The particular area of medicine that concerns itself with viral disease is one of the most dishonest and that is exemplified in the Tamiflu story and with the likes of people like Donald Rumsfeld. Adding the entire nightmarish vaccine story and history and there is no end to the foul words we might summon up about the ability of the medical establishment to practice medicine in a humane way.