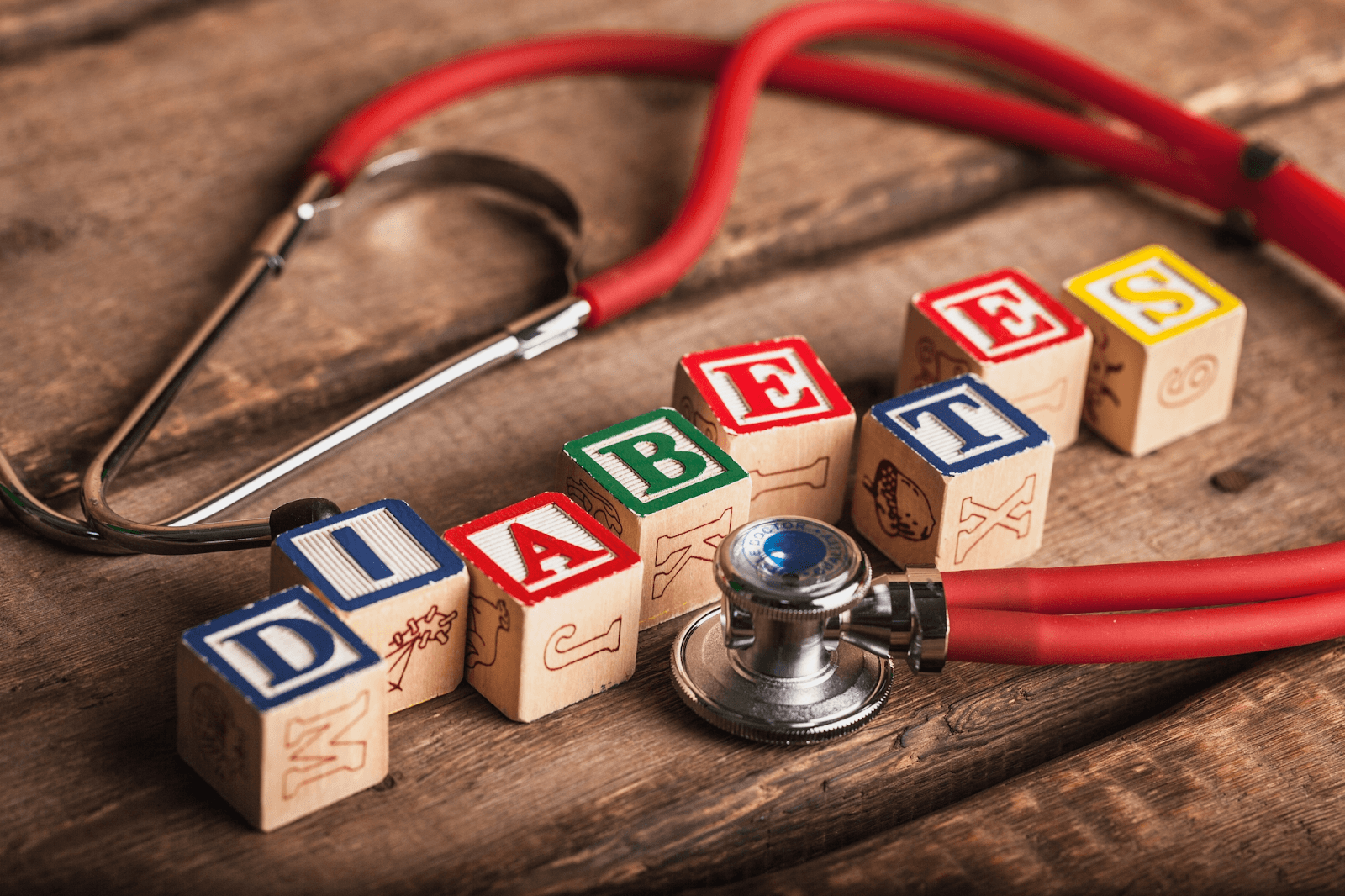 Most of my writings in my diabetes book centered around the essential power of magnesium and bicarbonates working together to manage and even cure diabetes. Early in 2020, at the age of 67, after a lifetime of eating too much sugar, I was diagnosed with diabetes with a fasting level of 132. Fortunately for me, I knew what to do and blew off the diagnosis in two weeks by greatly increasing my magnesium intake.

Magnesium is so important for everyone because it is involved with the creation of insulin, the shape and effectiveness of insulin, and insulin receptivity in the cells. I just ate lunch with lots of honey and jam on my waffles, and my blood tested at only 151, a full 20 units below normal.

Special Note: Before addressing this essay’s main topic, I want to say that we are at a very special moment. The world is shaking and slipping from under our feet, and that is stressful, extremely so. People are dying, suiciding, getting depressed, losing their livelihood, lied to by the media, facing dramatic climate change (to the cold side), facing the collapse of many systems, and a plague of viruses and now vaccines. In terms of medicine, which applies especially so for diabetics, the most important antidote to the stress that ails us is magnesium, and then after that bicarbonates. No matter what else you do, increase your magnesium intake, and don’t forget about the healing nurturing sun and vitamin D intake.

Insulin is a common denominator, a central figure in life, as is magnesium. The task of insulin is to store excess nutritional resources. This system is an evolutionary development used to save energy and other nutritional necessities in times (or hours) of abundance to survive in times of hunger. Little do we appreciate that insulin is responsible for regulating sugar entry into the cells as well as magnesium, one of the most important substances for a healthy life.

Dr. Carolyn Dean indicates that magnesium deficiency is an independent predictor of diabetes and that people with diabetes need more and lose more magnesium than most people. Magnesium is necessary for the production, function, and transport of insulin.

A study published in the journal Clinical Nutrition from a team of Brazilian researchers has found that low levels of magnesium worsen type 2 diabetes symptoms, as this often results in low levels of insulin and elevated blood sugar. A diabetic’s ability to control blood sugar levels is directly tied to their magnesium levels, as the mineral plays an important role in insulin receptor cells.

Type two diabetes is curable if you ignore your doctor’s advice. Diabetes is not the hopeless disease that most doctors would have us believe it is a long losing battle if you walk the trail western medicine wants you to travel.

Understanding of sodium bicarbonate begins with a trip to the pancreas, which is the organ most responsible for producing the bicarbonate our bodies need. The pancreas is a long, narrow gland that stretches from the spleen to about the duodenum’s middle. It has three main functions. Firstly, it provides digestive juices, which contain pancreatic enzymes in an alkaline solution to provide the right conditions for the digestive process to be completed in the small intestines. Secondly, the pancreas produces insulin, which controls blood sugar by the metabolism of sugar and other carbohydrates. Thirdly, it produces bicarbonate to neutralize acids from the stomach to provide the right environment for the pancreatic enzymes to be effective.

Allergies generally start with the body’s inability to produce a certain enzyme or to produce enough enzymes for the digestive process to work effectively. In conjunction with this is an inability to produce enough bicarbonate essential for the pancreatic enzymes to function properly. When this happens, undigested proteins penetrate the bloodstream inducing more allergic reactions. Inflammation in such a scenario is systemic but can focus on the pancreas forcing decreases in the production of bicarbonate, insulin, and necessary enzymes.

The bicarbonate ion acts as a buffer to maintain the normal acidity levels (pH) in blood and other fluids in the body. Bicarbonate levels are measured to monitor the acidity of the blood and body fluids.

There are many causes of diabetes. Heavy metals, toxic chemicals, and radiation contamination will affect, weaken, and destroy pancreatic tissues. When the body is bicarbonate sufficient, it is more capable of resisting the toxicity of chemical insults. That is why the army suggests its use to protect the kidneys from radiological contamination. Much the same can be said for magnesium levels. Magnesium, bicarbonate, and iodine all protect us from the constant assault of noxious chemicals and radiation exposure we are subjected to every day in our water, food, and air.

Hydrogen is Good Medicine for Diabetics 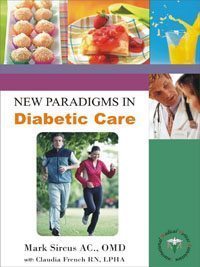 Hydrogen Medicine is new and was not even on anyone’s radar when I wrote New Paradigms in Diabetic Care. However, it is now obvious why this most basic gas would help push back against diabetic winds. Molecular hydrogen improves type 2 diabetes by inhibiting oxidative stress. Oxidative stress is recognized as being associated with various disorders, including diabetes, hypertension, and atherosclerosis. It is well established that hydrogen has a reducing action on oxidative stress.

Supplementation of hydrogen water and gas improves lipid and glucose metabolism in patients with type 2 diabetes or impaired glucose tolerance. Hydrogen has been shown to improve glycemic control in Type1 Diabetic animal models by promoting glucose uptake into skeletal muscles. Hydrogen inhalation therapy is also wonderful for diabetic neuropathy, no matter where it develops in the body.

Cinnamon, as a treatment for diabetes, gained plausibility in 2003, when a study from Alam Khan suggested several grams of cassia cinnamon per day could lower fasting blood glucose. Khan randomized Type 2 diabetes to 1g, 3g, or 6g of cinnamon for 40 days. All three groups improved their fasting blood glucose and blood lipid levels.

What diet is best for diabetes?

Researchers had found a link between higher consumption of white rice and type 2 diabetes. “What we’ve found is white rice is likely to increase the risk of type 2 diabetes,” said Dr. Qi Sun of the Harvard School of Public Health. Those who ate the most white rice were 55% more likely to develop the disease than those who ate the least. White rice, white sugar, white bread, and white pasta are white because they are stripped of their minerals (magnesium), vitamin, and fiber content. These are poisonous foods because they cause magnesium deficiency.

A study published in the journal Diabetologia said that a diet of just 600 calories a day reverse diabetes. After one week on the diet, diabetes patients saw their blood glucose levels return to normal, indicating their diabetes had gone into remission. Eight of the 11 patients remained diabetes-free three months after they stopped the diet.

Dr. Lisa Landymore-Lim, in her book Poisonous Prescriptions, explains how many drugs used by the unsuspecting public today are involved in the onset of impaired glucose control and diabetes. She explains using the example of the drugs streptozocin and alloxan, which are used in research to make lab rats diabetic.