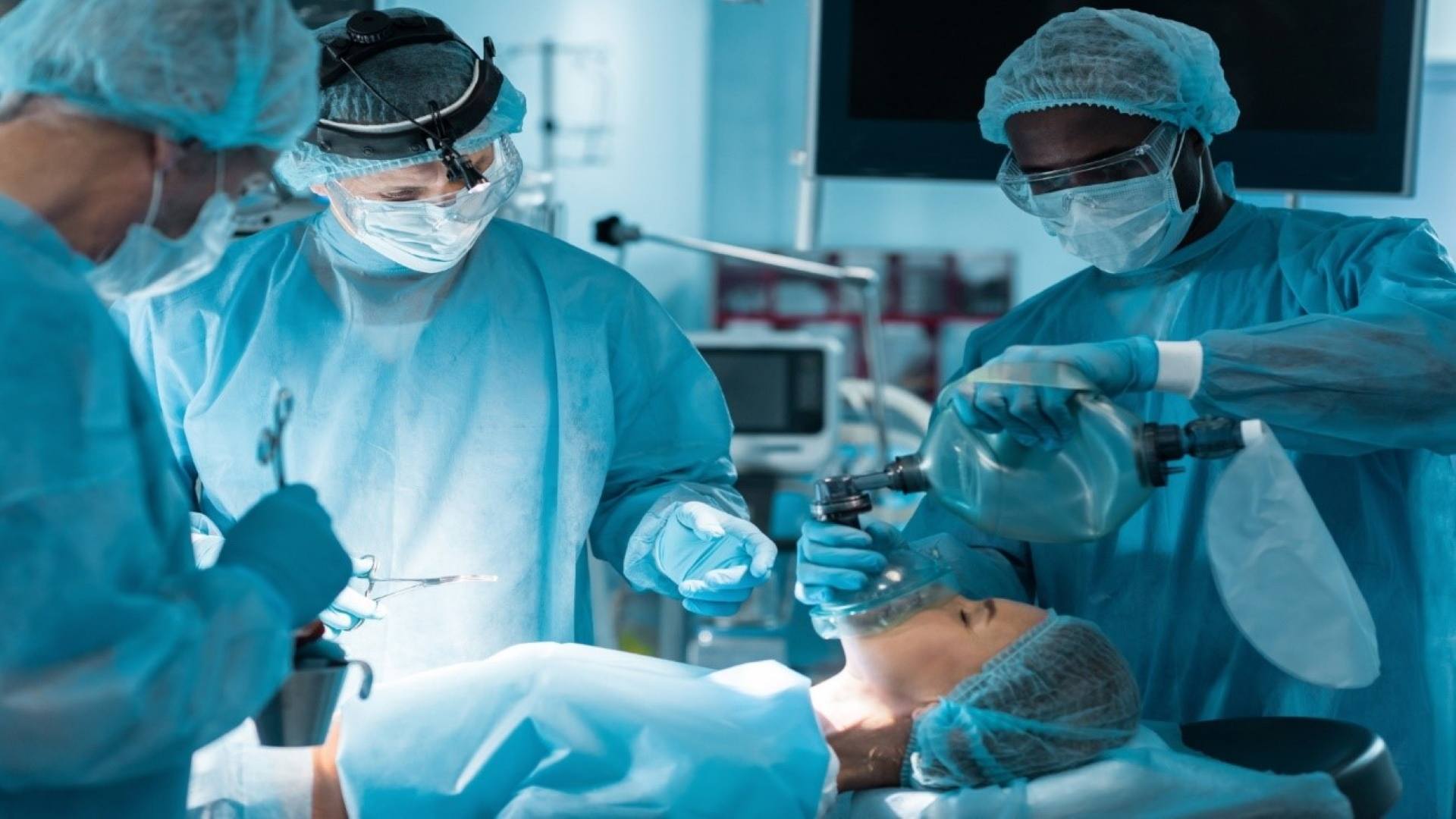 En mass, we are like deer in the headlights being run over by doctors and hospitals who have no idea how cruel and absurd they can be. The hidden is becoming visible, the terrible terrorism of contemporary medicine, a form of healthcare that has completely lost its way. We are supposed to trust doctors when, in truth, they are medical maniacs without the slightest idea of the harm they are doing. It’s as sad as it is frightening.

We are about to be run over by health care officials and governmental tyrants with experimental vaccines that not a single person knows what the long-term adverse effects are going to be, for they have not been tested for anywhere near long enough to know,

However, that is not what this essay is about, for that is still in the future where what we are going to talk about is in the present and recent past. It has come to light from medical researchers that the field of cardiology has lost its marbles. What better words can we employ for the killer dead-end cardiology can be for heart patients.

We do not hear about malpractice in medicine today because most doctors practice such a horrid form of treatment. They would all be guilty of medical malpractice if held to any reasonable standard from the past. What you are about to read from mainstream researchers is hard to believe:

A new study finds some heart patients are taking a staggering number of medications. Researchers say some of those drugs might be making their problems worse for those at risk for heart failure, which is an understandable understatement coming from the mainstream.

A report by the American Heart Association reveals more than half of older heart failure patients leave the hospital with at least 10 prescription medications in their name. The study of 558 adults over the age of 65 finds a staggering 84 percent took five or more drugs before entering a hospital and 42 percent were taking over 10.

After the group’s hospital stay, it turns out doctors prescribed even more medications for these seniors. Nearly every patient (95%) had been prescribed at least five medications, and 55 percent were taking over 10 after discharge.

"High medication burden, also known as polypharmacy, is commonly associated with adverse events and reactions," says senior study author Parag Goyal in a media release. "Some of these drugs may be appropriate. However, our prior work has shown that many patients are discharged with prescriptions for medications that can worsen heart failure," Goyal, a geriatric cardiologist at New York-Presbyterian/Weill Cornell Medical Center warns.

These researchers reveal that polypharmacy practices have only gone up since the beginning of the study. While 41 percent of seniors hospitalized from 2003 to 2006 had over 10 medications, that number skyrocketed to 68 percent between 2011 and 2014.

You can be sure that none of these medications is magnesium chloride. Magnesium The Ultimate Heart Medicine, a book I wrote 12 years ago, lays out clearly how Magnesium’s use would have saved millions of lives used as a preventative, and when injected or given intravenously, could have saved many more during cardiac arrest. Magnesium is absolutely essential for the proper functioning of the heart.

It is no surprise that no one in cardiology paid attention because there is no money in Magnesium for pharmaceutical companies. Cardiologists could give out a hundred medicines, but none can compensate for magnesium deficiencies, which is the primary reason people have heart problems, strokes, and diabetes.

After a century of following pharmaceutical interests, the medical profession has collapsed into a terror machine in love with experimenting on patients. Not a soul can predict the combined effect of 10 drugs (chemicals) mixing in the bloodstream, for no studies have been done. We are so used to the crap of modern medicine that we are all set up to accept a new experimental vaccine even though no long term studies have been made for safety.

Statin drugs are almost always included in the multiple drugs cardiologists dish out. Statins are the most profitable drugs in the history of Big Pharma. Statins fail to prevent or treat heart disease for almost everyone who takes them, and they are causing more harm than any other class of medications. Dr. David Brownstein shows us why the cholesterol = heart disease hypothesis is a failed paradigm and why the drug should be pulled off the market. My advice is to run from Your Statin Recommending Cardiologist.

Heart palpitations, "flutters," or racing heart, otherwise called
arrhythmias usually clear up quite dramatically on 500 milligrams of magnesium citrate
(or aspartate) once or twice daily or faster if given intravenously.
Dr. H. Ray Evers

A magnesium deficiency is closely associated with cardiovascular disease.[1] Lower magnesium concentrations
have been found in heart attack patients[2], and administration of Magnesium [3] has proven beneficial in treating ventricular arrhythmias.[4],[5],[6],[7] Fatal heart attacks are more common in areas where the water supply is deficient in Magnesium, and the average intake through the diet is often significantly less than the 200-400 milligrams required daily.[8]

Magnesium is proving to be very important in the maintenance of heart health and heart disease treatment. Magnesium, calcium, and potassium are all useful in lowering blood pressure.[9],[10],[11],[12] Magnesium helps prevent death from a heart attack and protects against further heart attacks.[13],[14] It also reduces the frequency and severity of ventricular arrhythmias and helps prevent complications after bypass surgery.

Forty percent of all first heart attacks end in death! One of Magnesium’s most important actions is its vasodilating effects, which improves the blood supply to ischemic areas and reduces infarct size. A ten-year study of 2,182 men in Wales found that those eating diets low in Magnesium had a 50% higher risk of sudden death from heart attacks than those eating one-third more Magnesium. High magnesium eaters were only half as likely to have any cardiovascular incidents such as non-fatal heart attacks, strokes, angina (chest pain), or heart surgery.[16]

Why are cardiologists letting all these people die? Why is contemporary medicine dead set against Magnesium as a front line medicine? Pharmaceutical bankruptcy is the answer! Magnesium is that good, that powerful, that effective. Combine Magnesium with bicarbonates, iodine, and selenium, and we would not need to be poisoned by pharmaceuticals, which are, after all, mostly mitochondrial poisons.

The occurrence of iodine deficiency in cardiovascular disease is frequent. The thyroid hormone deficiency on cardiovascular function can be characterized by decreased myocardial contractility and increased peripheral vascular resistance and the changes in lipid metabolism.

The New York Times reports that "It is truly shocking and counterintuitive but not having the country’s famous senior heart doctors caring for you might increase your chance of surviving a cardiac arrest." In JAMA Internal Medicine 10 years of data involving tens of thousands of hospital admissions found that patients with acute, life-threatening cardiac conditions did better when the senior cardiologists were out of town.

"When the cardiologists were around, patients in cardiac arrest, for example, were significantly more likely to get interventions, like stents, to open up their coronary blood vessels. We — both physicians and patients — usually think more treatment means better treatment. We often forget that every test and treatment can go wrong, produce side effects, or lead to additional interventions that themselves can go wrong."

Doctors ignore the basics. You will never read in the mainstream medical press anything about pH and how that affects us. Thus they do not practice pH medicine, which revolves around bicarbonates and control of our breathing.

Doctors would rather stand by and let people die rather than open their minds to essential medicines, which are, after all, natural. We cannot say that about any pharmaceutical. Mixing many medications is madness leaving the elderly vulnerable, and now we want to vaccinate them? Most of us already have too high toxic body burdens. Adding to that does no one any good.