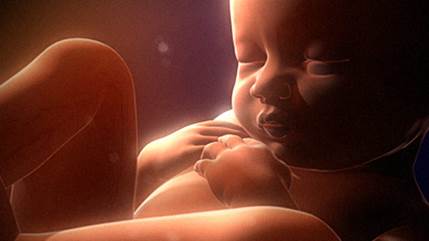 Dr. Ernest J. Sternglass, who was professor of radiation physics at the University of Pittsburgh School of Medicine, in his book, Secret Fallout—Low-Level Radiation from Hiroshima to Three-Mile Island, concluded that all the research led to the most tragic conclusion that the unborn fetus was hundreds or thousands of times more sensitive to radiation than anyone had ever suspected.

We have known for a decade or more that the unborn are being exposed to the background contamination and pollution of the world and from the hazardous drugs and vaccines given to their mothers during pregnancy. Fetuses are under attack from hundreds of industrial chemicals, pollutants and pesticides that are pumped back and forth from mother to baby through umbilical cord blood. Cord blood[1] reflects what the mother passes to the baby through the placenta.

The Environmental Working Group (EWG) from Washington, D.C. commissioned laboratory tests of 10 American Red Cross cord blood samples.[2] The group found that the babies averaged 200 contaminants in their blood. The pollutants included mercury, fire retardants, pesticides and the Teflon chemical PFOA. In total, the babies’ blood had 287 chemicals, including 209 never before detected in cord blood.

There is nothing more urgent in the field of medicine then us getting a handle on the best ways to eliminate heavy metals, radiation contamination and other toxic poisons from the body. Parents who cannot be bothered, and who wait for serious symptoms and diseases to occur will have an especially hard time getting ahead of the toxicities, which at this point, are relentless.

It is now estimated that one in three children born in
2000 will have diabetes in their lives—this makes
it soon to be the most prevalent chronic disease.
Dr. Francine Kaufman
Professor of Pediatrics, Keck School of Medicine

According to a study conducted by the University of North Carolina (October 2004), 21% of women of childbearing age have mercury levels in their hair that exceeds federal health standards.[3] Under United States guidelines, 79 percent of Inuvik women of childbearing age have unsafe levels of mercury.[4] U.S. Environmental Protection Agency biochemist, Kathryn Mahaffey, who estimates that one in six pregnant women in the United States had high enough blood mercury to damage her child, for a total of 630,000 U.S. newborns at risk.[5] According to Dr. Sandra Steingraber, “The EPA has taken pains not to adopt the 630,000 figure as its official position. Calculated by EPA scientist Kathryn Mahaffey, these new estimates were published in Environmental Health Perspectives, April 2004.”[6]

It is exactly at this point where humanity is already extremely vulnerable to mercury and many other heavy metal and chemical toxicities that Fukushima blew up into everyone’s lives bringing a new dimension to the poisoning of our planet and everyone and thing on it. What little research that exists in this area has shown that chemical exposure in the womb can be dramatically more harmful than exposure later in life. In 2003, the EPA updated its cancer risk guidelines, finding that carcinogens are 10 times as potent to babies and that some chemicals are up to 65 times more powerful in children.

It was bad in the Beginning

The risks associated with iodine-131 contamination in Europe were not “negligible,” according to CRIIRAD, a French research body on radioactivity said soon after Fukushima melted down. The NGO was advising pregnant women and mothers of infants two years ago against “risky behavior,” such as consuming fresh milk or vegetables with large leaves. The French Institute for Radiological Protection and Nuclear Safety (IRSN), the national public institution monitoring nuclear and radiological risks, found iodine-131 in milk. In normal times, no trace of iodine-131 should be detectable in rainwater or milk. 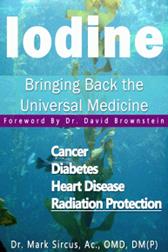 Dr. Jeff Patterson’s, former president of Physicians for Social Responsibility is on record saying, “There is no safe level of radionuclide exposure, whether from food, water or other sources. Exposure to radionuclides, such as iodine-131 and cesium-137, increases the risk of cancer. For this reason, every effort must be taken to minimize the radionuclide content in food and water.”

It is really scary to think about the situation worsening but it will month by month because there is really no way for them to get control of the nuclear plant. Meanwhile doctors are oblivious and continue to expose their patients to higher levels of radiation. Soaring numbers of kids are getting CT scans in emergency rooms. The number of ER visits nationwide in which children were given CT scans surged from about 330,000 in 1995 to 1.65 million in 2008—a five-fold increase. In 2010 scans were still being done at nearly two and a half times the rate of 1996 in children aged 5 to 14 and one-and-a-half times the 1996 rate in children under age 5 according to reports published on June 10, 2013.

When it comes to chemical toxicity, if you can smell it you are in danger. When it comes to radiation exposure, you never know what hits you unless you have a Geiger counter with you and even then the level of exposure is unclear since Geiger counters are not sensitive to the full range of radioactive particles. Radiation is a silent killer that eats your cells alive especially once they are let loose in the internal environments of our cells and tissues. If radioactive particles are not bound and flushed out of the body, they will remain as inner demons terrorizing our cellular environments. 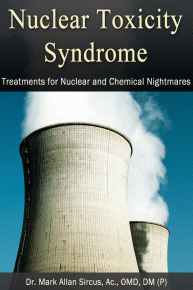 Infants and pregnant women are most at risk. The life
period with the highest adaptability and vulnerability
to environmental factors: the period inside the womb.

Doctors Alexey V. Yablokov, Vassily B. Nesterenko, and Alexey V. Nesterenko say, “When children have the same menu as adults, they get up to five times higher (radiation) dose burdens from locally produced foodstuffs because of their lower weight and more active processes of metabolism.”

In this video we had a mainstream press report from Philadelphia, Pennsylvania that says death rates among babies went up 48 percent soon after Fukushima melted down.

Beijing persuaded the World Bank to cut from a report finding
that pollution has caused about 750,000 premature deaths in
China each year. The Financial Times reported saying that
“The World Bank was told that it could not publish this
information. It was too sensitive and could cause social
unrest,” one unnamed adviser told the Financial Times.[7]

Our modern civilization has been built on a hurricane of toxicity that goes mostly ignored by governments and certainly by contemporary medicine as well as parents who are woefully misinformed by their doctors. It is not a good time to be caught like deer in the headlights nor have our heads stuck in the sand about the growing radiation problem if we have children. It is really scary to think about the situation worsening but it will do so with each passing month because there is really no way for the Japanese authorities to get control of the melted fuel.

Natural Allopathic Medicine’s protocol against cancer is the protocol to enact for our children and ourselves against the rising tide of radiation.

[1] The cord blood mirrors the mixtures of chemicals the baby was exposed to while in the mother’s womb. Before the cord is cut, the equivalent of 300 gallons of blood a day will flow through it, providing the baby with nutrition and removing waste.

[3] Washington Post. Thursday, October 21, 2004. Study was commissioned by Greenpeace. The study found excess mercury levels in 21 percent of the 597 women of childbearing age who were tested. The study used hair samples so the internals levels of mercury accumulation could potentially be much higher for it is known not all people are able to excrete mercury equally well.