The American Academy of Physicians and Surgeons (AAPS) is trying to put control of medicine back in the hands of patients and their physicians. They are the only mainstream medical organizations saying, “Now is the time to take back medicine!” They are so serious about this that they taking the Texas Medical Board to federal court in Austin, Texas. Never before has a medical board been ordered to stand trial in a lawsuit for its violations of constitutional rights of physicians. Dr. Lee Hieb explains in a video entitled, “ObamaCare and the Road to Serfdom,” that government has no right to get between physician and patient.

People though will be slow to wake up to the fact that they have been had by a brutal system of medicine that embodies the worst elements of western civilization. Most of the books we read today, even from alternative doctors, are censored, edited, and made to sound appealing and attractive, which means that they tend to stay at arm’s length from more painful truths. Publishers do not want their medical writers to bash the medical system because they think it makes the author look bad and that will mean fewer books sold.

There is literally a war going on between the medical industrial complex and natural alternatives—there is a concerted and well-planned aggressive attack taking place on health freedom in America, and the natural-health industry is attempting to fight back. No matter how much the media, governments and institutions of medical power attempt to ignore, repress, divide and even destroy natural medicine approaches, these approaches will continue to prove themselves by yielding far better results than pharmaceutically-oriented treatments. It really is no competition with one approach that poisons people with highly toxic medicines that only address symptoms and the other approach that implements scientifically proven substances that provide the body what it needs to heal itself.

A team of researchers discovered that chemotherapy heavily damages healthy cells and subsequently triggers them to release a protein that sustains and fuels tumor growth. Beyond that, chemotherapy makes tumors highly resistant to future treatment. This research was reported in the journal Nature Medicine.

“In 1990, people still talked about reforming modern medicine. Today, the orthodox community has morphed into a crime syndicate of such breathtaking magnitude that the concept of ‘reform’ is increasingly being treated as naive. It isn’t so much that orthodoxy has been so blatant in abandoning even the faintest whiff of moral or ethical authority in their quest for greater profits—but rather that they take such enormous delight in displaying their contempt for even a modicum of common decency,” writes Greg Caton, who has been persecuted by the FDA for his work in anti-cancer salves.

Anyone who has suffered abuse in the hands of the medical industrial complex will understand Greg’s feelings and the ruthless way I address medical institutions and individual doctors who are carrying out acts of pharmaceutical terrorism by poisoning people with pharmaceuticals that prove over and over to be highly dangerous substances that have no place in the practice of medicine. It is very important for doctors to understand that the tide is turning in the direction against violent and insensitive medicine based on pharmaceutical lies and misperceptions.

I am not sorry if my speaking out like I do turns some people and doctors off. Medicine is not a popularity contest and I am not out to win friends and influence people through soft-pedaling unpleasant truths. There is nothing nice about contemporary medicine but what is even worse is that most of modern medicine is not even real—it’s not based on medical science; it’s based on pharmaceutical studies—which means it’s all based on quicksand.

Natural Allopathic Medicine breaks free from the oppression of western medicine giving mothers, who make most of the medical decisions in families, powerful tools to help their families in tight medical situations.

Medical freedom is the most basic freedom.

“No single person, including the President of the United States, should ever be given the power to make a medical decision for potentially millions of Americans. Freedom over one’s physical person is the most basic freedom of all, and people in a free society should be sovereign over their own bodies. When we give government the power to make medical decisions for us, we in essence accept that the state owns our bodies.”
– Dr. Ron Paul 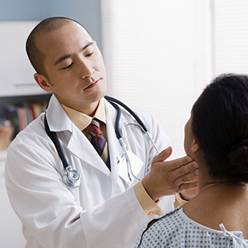 Mainstream medicine will not open its mind and heart to anything that threatens its power or pocketbook. So this is also a revolution against evil—the evil of the chemical and pharmaceutical industrial complex. Watch this video of Dr. Mathias Rath, one of the great physicians of our times, as he spoke to his fellow Germans pleading with them to not go down the same road that Germans have traveled twice before being driven by the insatiable greed of the pharmaceutical and chemical cartels. It’s a greed has never been quenched, so beware and take care who you trust medically speaking.

What I say about pharmaceutical terrorism and medical ignorance is in no way intended to discredit those doctors, medical practitioners and institutions that have genuinely good intentions of helping to heal people and eradicate disease. The problem is many have lily-white self-images and think they are doing good unto others when in fact they are harming people in alarming numbers.

The mother who took her cancer-stricken daughter from Phoenix Children’s Hospital with a catheter still in her heart defended her actions, saying the hospital intimidated the family about paying the bill. Bracamontes said the hospital not only threatened her family, but they made threats to Emily as she battled leukemia.

“Emily, you’re not going to go home cause your mom and your dad haven’t filled all the forms, so blame them that you’re going to be here stuck in the hospital,” Norma Bracamontes told ABC News imitating an unnamed hospital official. Bracamontes said in addition to the intimidation, the hospital provided insufficient care when her daughter became ill with the MRSA infection, which led to Emily’s arm being amputated.

Emily Bracamontes and her family are back home in Mexico continuing her fight against leukemia, and she credits her mother with saving her life. “She saved my life… she saved my life two times,” Bracamontes said. “I know here in Mexico, I feel good because the doctors… love me so much,” she added.

There are people and organizations that are against the very idea of medical freedom and most doctors prefer their patients to be docile and do whatever they tell them to do. Dr. William Courtney stepped into this sticky medical area saying, “They were putting cannabinoid oil on the baby’s pacifier twice a day, increasing the dose… And within two months there was a dramatic reduction (in brain tumor), enough that the pediatric oncologist allowed them to go ahead with not pursuing traditional therapy.”

The tumor was remarkably reduced after eight months of treatment. Dr. Courtney pointed out that the success of the cannabis approach means that, “This child, because of that, is not going to have the long-term side effects that would come from a very high dose of chemotherapy or radiation… currently the child’s being called a miracle baby, and I would have to agree that this is the perfect response that we should be insisting is frontline therapy for all children before they launch off on all medications that have horrific long-term side effects.”

Researchers at the University of Milan in Naples, Italy reported in the Journal of Pharmacology and Experimental Therapeutics that non-psychoactive compounds in marijuana inhibited the growth of glioma cells in a dose-dependent manner, and selectively targeted and killed malignant cells through apoptosis. “Non-psychoactive CBD (cannabidiol) produces a significant anti-tumor activity both in vitro and in vivo, thus suggesting a possible application of CBD as an antineoplastic agent.”[1]

The paradigm of western medicine has led to the creation of an ineffective medical system that is focused on the use of poisons instead of natural substances that do not come with nasty life-damaging side effects. Mainstream medicine prefers that people endure medical torture rather than availing themselves of the science (the above research is just one example of clear evidence that cannabinoid medicine is effective for cancer) and clinical experience that demonstrate the efficacy of natural medicinals and methods outside the box.

CBD spells bad news for the pharmaceutical industry because, when combined with other strong medicinals like magnesium, sodium bicarbonate and iodine, people can treat themselves more safely and effectively than they can be treated in a doctor’s office. Americans everywhere now have access to medical marijuana in this government-approved form. The government had to approve it because it has virtually no THC, that particular cannibinoid that gets people high. So believe me, the FDA, DEA and FTC have all yielded and it will show up at your door if you order the newest/ oldest medicine on the planet.

In the months leading up to the finishing of this book, CBD became available and the Natural Allopathic Medicine protocol became fully legal. Now we have access to pharmaceutical-grade cannabinoids that are sourced outside the medical industrial complex. If you need a potent medicine in your fight against chronic disease, cannabinoid medicine will deliver the goods. In the fight against cancer, neurological diseases and diabetes, CBD offers amazing therapeutics effects.

CBD turns the debate about illicit-drugs-as-medicine on its head—medical marijuana that does not get the user high. One woman with Parkinson’s disease, who Dr. Michael Callton treats, told him she ingests an oral marijuana candy, a medicine that doesn’t make her intoxicated in order to calm her tremors enough so she can sleep. “She doesn’t want to get high,” said Dr. Callton (also Michigan Republican Representative). “She just wants to sleep.”

The majority of doctors promote expensive invasive and potentially dangerous medical procedures, drugs and/or treatments rather than the simple, natural, inexpensive, effective treatments and/or therapies with no side effects found in this book.

The purpose of my work is to march humanity as far away as possible from the terrorism of the pharmaceutical industry and into a beautiful form of medicine with which we can help ourselves and others.