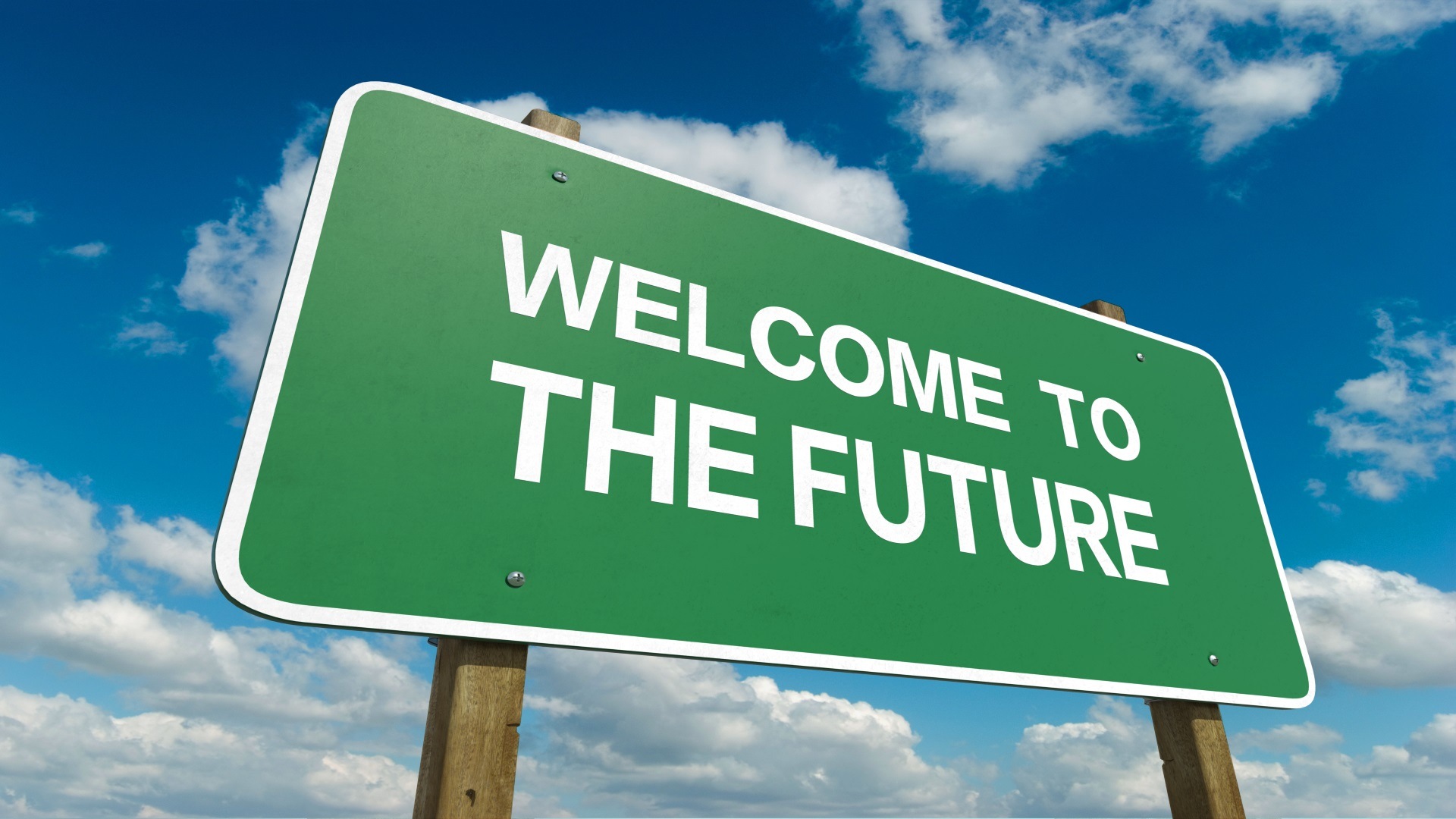 Hydrogen will save the world offering polution free energy and it can save our life if we are near deaths door. Everything loves and needs hydrogen, even the deepest darkness of space is full of it. Hydrogen is the most abundant element in the universe, so there’s no possibility of it running out. There are enough oil resources to meet global demand but many energy experts predict that the world’s supply of oil will be depleted within 60 years or sooner. Electric cars are a current fad that still depend on the electric grid and thus dirty coal. Hydrogen is used in cars, trucks, trains and rockets, deep sea diving and now in medicine.

In terms of saving the world hydrogen offers polution free energy. For example, Longyearbyen, the world’s most northerly city, could save more than 100 million kroner (11.5 million US dollars) a year in the cost of electricity, if a completely green hydrogen-fuelled power station is built.

Longyearbyen obtains its electric power and district heating from its coal power plant, the only one in Norway. This plant produces annual emissions of 40 tonnes of CO2 per inhabitant, four times as much as those per mainland inhabitant, even including those generated by the oil industry. With hydrogen not only will the cost go down but instead of 40 tonnes of CO2 there would be zero emissions.

Treating cancer with hydrogen, oxygen and carbon dioxide is an approach that treats the fundamental reasons cancer cells form and get aggressive. The sicker a person is more they will experience the benefits of hydrogen. Hydrogen can be flooded into the body to put out the worst flames of inflammation and oxidative stress. In Hydrogen Medicine we flood the body with the three primary gases—hydrogen, oxygen and carbon dioxide—as a first course of action in all dire medical situations. Same goes for any chronic or acute condition like the flu. The longer one wants to live the more one supplements with these primary gases. The most powerful healing medical  device one can purchase for the home are hydrogen oxygen inhalers. They are the same kinds of machines you will find one day in ICU, emergency departments and in ambulences.

I already have sites for hydrogen and today I launch another to promote my groundbreaking book on hydrogen, oxygen and CO2. It is a good thing these gasses are freely available, cannot be patented and are easily made in our own homes. Hard research sustains the view that hydrogen is a medicine of the future that has arrived today. Of course, there is a limit to hydrogen and what it can do by itself when it floods your body’s fluids and cells. But when backed by a full protocol of other powerful natural medicinals and therapies most of those limits are removed.

New hydrogen research is coming out all the time. One recent study gives weight to why I am almost always recommending hydrogen inhalation machines that also adds oxygen to the mix. It was found that when Hydrogen and Oxygen Mixture was administered improvements were see in Cardiac Dysfunction and Myocardial Pathological.

During the process of low oxygen/reoxygenation induced by CIH, a large number of reactive oxygen species (ROS) are generated and trigger oxidative stress damage. It has been confirmed that H2 is very stable and easily penetrates cell membranes and barriers without affecting basic metabolism in cells.

Obstructive sleep apnea (OSA) is a common breathing disorder and characterized by recurrent episodes of upper airway obstruction during sleep. Clinical data have shown that the incidence of OSA was approximately 15-24% in adults and that OSA was accompanied by multiple cardiovascular disorders, such as hypertension, heart failure, and atherosclerosis. OSA patients showed long-term arterial oxygen saturation fluctuations and frequent sleep apnea, exposing them to a specific internal environment with chronic intermittent hypoxia (CIH) and recurrent hypoxia.

Thus hydrogen and oxygen inhalation administered all night can be a powerful intervention for treating intermittent hypoxia. Such treatment is what one would expect in ICU. One can apply such innovative Intensive Care at home.

Treatment of Hearing Loss from Chemotherapy

Permanent hearing loss and tinnitus as side-effects from treatment with the anticancer drug cisplatin is a clinical problem. A preclinical in vivo study explored the protective efficacy of hydrogen (H2) inhalation on ototoxicity induced by intravenous cisplatin. Ototoxicity is the property of being toxic to the ear (oto-), specifically the cochlea or auditory nerve and sometimes the vestibular system, for example, as a side effect of a drug. The effects of ototoxicity can be reversible and temporary, or irreversible and permanent.

The study concluded that H2 inhalation can reduce cisplatin-induced ototoxicity on functional, cellular, and subcellular levels. Cisplatin induced electrophysiological threshold shifts, hair cell loss, and reduced synaptophysin immunoreactivity in the synapse area around the IHCs and OHCs. H2 inhalation mitigated all these effects.

Recent studies revealed that intraperitoneal injection of hydrogen-rich saline has surprising anti-inflammation, anti-oxidant, anti-apoptosis effects and protected organism against polymicrobial sepsis injury, acute peritonitis injury both by reducing oxidative stress and via decreasing mass pro-inflammatory responses. It is also well known that most viral induced tissue damage and discomfort are mainly caused by an inflammatory cytokine storm and oxidative stress rather than by the virus itself.

Studies have shown that suppressing the cytokine storm and reducing oxidative stress can significantly alleviate the symptoms of influenza and other severe viral infections diseases. Medical scientists thus hypothesize that hydrogen-rich solution therapy to be a safe, reliable, and effective treatment for Multiple Organ Dysfunction Syndrome (MODS) induced by influenza and other viral infectious diseases.

It is resonable safe to assume that hydrogen inhalation and hydrogen water together can move some medical mountains. Hydrogen is a serious medicine and when oxygen is added to the mix we can treat virtually every conditon as long as other factors are considered like CO2 concentrations in the blood. Carbon dioxide (CO2) has much importance and many applications in medicine, plants love it and yet hysterical climatologists and politicians think the world will end soon because of it. The world will not end because of CO2 and the world is not warming because of it. In reality carbon dioxide is the gas of life and that is why Hydrogen Medicine is not just about hydrogen but also about oxygen and CO2. Get command of these three gases and one gets command of life.

Learn more about Hydrogen with... 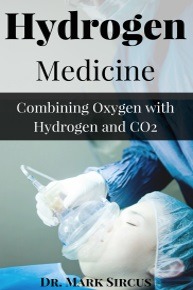 Hydrogen holds the highest medical priority meaning hydrogen water and hydrogen gas should be the first things prescribed by doctors.

Sodium bicarbonate happens to be one of our most useful medicines.

Hi, I'm Dr. Mark Sircus, AC., OMD, DM (P), a doctor and writer of more than 23 books that have sold over 80,000 copies all over the world. I've been on of firsts to publish on the medical and well-being uses of hydrogen, and I wrote a book about it called - "Hydrogen Medicine".